I want to recommend to you the documentary Paint the Wall Black.  It is the incredible story of Juan Riesco of Nini’s Deli in Chicago. It is very disturbing to see what the cancel culture did to him in just a couple of days, but it is extremely ENCOURAGING to hear  this man’s testimony of salvation and his faith in the Lord Jesus Christ exhibited while undergoing such persecution. His church is a bold model for follow in overcoming fear and continuing to evangelize even those set against us. I showed this to the congregation here this past Sunday night.  It can be views at any of the links below. There is also an independent review.   (Full disclosure. This was produced by two of my sons and their friend who did an incredible job in editing 12 or more ours of video into a succinct and comprehensive 50 minutes)

Christian film has been an interest of mine for years, despite never growing up immersed in it. The story of Nini’s Deli is a powerful example of proclaiming the gospel when under immense pressure to conform to the world. The story is about a man named Juan Riesco. His life story is also a story that brings glory to God. the gospel saved him from homosexuality and a criminal lifestyle. He then took a newfound ethic of serving customers as if he was serving Jesus and managed the rise of Nini’s Deli to become one of the most sought after restaurants in the United States.

But after the death of George Floyd his influence in the Chicago area invited intense pressure to support the Black Live Matter movement. He refused to paint the metaphorical lamb’s blood on his business, and the mob came after him for it. Brand names ceased doing business with him. Juan and his family were under constant harassment for their faith.

When the mob showed up to Nini’s Deli, Juan and his church preached the gospel to the mob. According to the documentary, people came to know the Lord as a result of hearing the gospel preached on the streets of Chicago.

Last Stand Studios did a highly professional job telling this story, in their documentary debut. It was crisp and compelling, and it was all delivered in about fifty minutes. The Christian grassroots have been putting out compelling documentaries and this one is continuing that trend.

The story of Nini’s Deli is about suffering for Christ and losing a once great establishment to the pagans. However, Juan Riesco, his family, and his church are trusting in God’s plan and that He will use what the mob intended for evil for good. 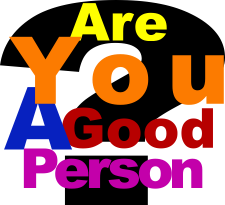 Get Saved Recently?
Save Yourself Some Pain
And Read This
On the fence?
Got crucial questions?
Get crucial answers!
Want to know
God's message of Hope?
Discover the central message of the Bible through a 20 minute slide presentation.
Donations and contributions
One Time <br/> Electronic Donation Checks can be made out and sent to: Grace Bible Church, 158 Myers Corners Rd.,
Wappingers Falls, NY 12590 Thank you for any contribution! It helps us pay for the expenses of producing and maintaining our internet based ministries